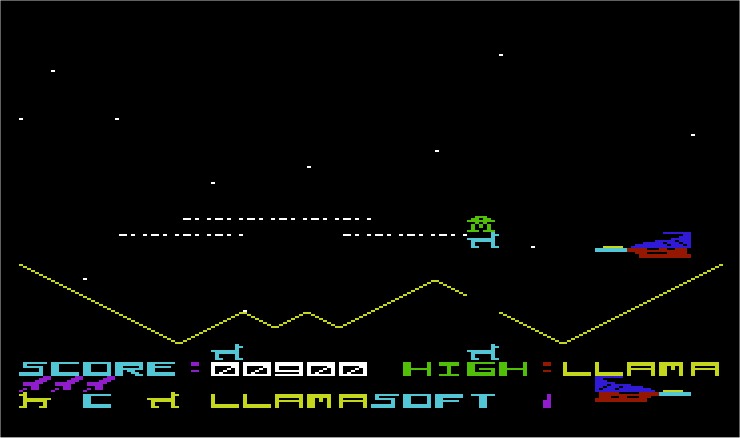 Andes Attack is a Defender clone by Jeff Minter. In a true Minter fashion, instead of the original’s humans, you are out to rescue llamas which are under attack by the aliens. The player patrols the two-way scrolling landscape waiting for marauding aliens trying to abduct the llamas. You have to destroy the aliens before they manage to whisk away your precious camelid, if they manage to get them to the top of the screen they mutate into horrors that will come after you, resulting in a fatal collision. Each surviving llama gives you a bonus at the end of each stage. 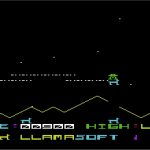